Our caring and experienced staff are skilled music educators and workshop leaders. 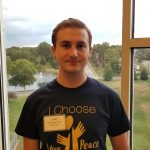 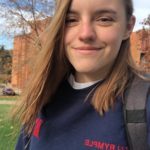 Jessica Dalrymple
Jessica has been an Emergency Medical Technician (EMT) at the Basic level since December of 2016 and a level 1 firefighter since December of 2017. She is finishing her final semester at Muskingum University in Humanities, specializing in foreign language, music, and religion. She has performed in the Muskingum Wind Ensemble, Symphonic Winds, and Concert Choir.

Matt Downing
Matt is a music teacher for students of all ages.  He is a graduate of The Ohio State University with degrees in music education and in vocal performance.  He also previously completed a BA in Spanish from Muskingum University.  Matt was a staff member for the Ohio Farm Bureau’s summer conferences for three summers, and also spent five summers on staff for Muskingum’s Music Theatre Camp. 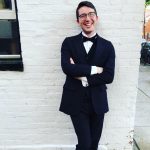 Joshua Dufford
Josh is the assistant choir director at Winton Woods High School and the director of music at St. John's Unitarian Universalist in Cincinnati, Ohio. Josh is a graduate of Otterbein University and Bowling Green State University where he earned a bachelors in Music Education and a masters in Choral Conducting. He is an active member of the Ohio Choral Directors Association and currently serves as co-chair for the High School Honor Choirs. 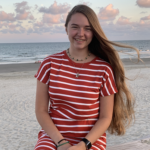 Elizabeth Ferris
Elizabeth is a senior Instrumental Music Education student at Cedarville University. She graduated from River View High School in 2016 and she has been with the Cardinal Chorale as a singer, staff intern, and staff member since! Elizabeth enjoys moving heavy equipment, getting to know others, and singing contralto/playing trumpet. Currently she plays in Cedarville's Wind Symphony, Pep Band, sings with the Concert Chorale, and manages the Music Crew. 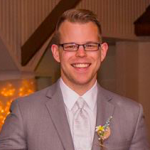 Peter Hampton
Peter A. Hampton is a choral music educator hailing from Cleveland, Ohio. From 2012 through 2017 he taught at Lakewood High School, where directed eight choral ensembles, taught music history and class piano, and assisted with directing the school musical. Under his direction, the choirs at Lakewood regularly received superior ratings at Ohio Music Education Association adjudicated events. Prior to this, Peter taught middle and elementary school general music in the Lakewood City School District. He has also served on the board of the Ohio Choral Directors Association. As a singer, Peter has performed with the Analog Chorale, Cleveland Chamber Choir, Quire Cleveland, and Cantores Cleveland Early Music and Arts. He has served as tenor section leader and soloist at Lakewood Congregational Church, and was a member of the Cathedral Choir of St. John the Evangelist, Cleveland. Peter recently completed a Master of Music in Choral Conducting from Boston University, where he studied under the instruction of Dr. Miguel Ángel Felipe, Dr. James Sparks, and Bramwell Tovey. He holds a Bachelor of Music Education (2007) from Otterbein University in Westerville, Ohio, where he studied voice with Robert Nims and sang under the direction of Dr. Gayle Walker.

Erin Jobes
Erin received a degree in music education from Muskingum University.  She provides administrative support to Mr. Snyder throughout the year with The Cardinal Chorale, and several other ensembles.  Erin spent a summer on staff of Muskingum’s Music Theatre Camp.

Ryan Kemper
Ryan has recently graduated from Ohio University with a Masters Degree in Information Telecommunication Systems. Ryan also holds a Bachelors of Science in Communication degree from the same school. He is a 2014 Graduate of Ottoville High school, and is from Ottoville, OH. Ryan currently works for Nationwide as a full-time associate, and also has served as an intern for Nationwide during the summers of 2017 and 2018. In his free time, he enjoys programming, website development, and consulting for various businesses. Ryan is responsible for overseeing all IT operations of The Cardinal Chorale.

Ann Leppla
Ann is a native of Coshocton, OH and a graduate of The Ohio State University. She is a retired high school chemistry and physics teacher from Coshocton High School. After retirement she joined a senior ladies' line dancing troupe. She is the accompanist for Mr. Snyder's young singers at the Presbyterian Church in Coshocton. Ann has been married 43 years to her husband, John. She has one married son, one dog, and one grandog. 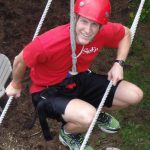 Joshua Senn
Josh is the director of choirs grades 6-12 for Springfield Local Schools in New Middletown, OH.  He received his degree in music education from The Ohio State University.  While at OSU, Josh spent 5 years in the Marching Band.  Josh has been an Ohio West Hugh O’Brien Youth Leadership (HOBY) staff member for the past eleven years, working with high school sophomores from all across northwest Ohio. 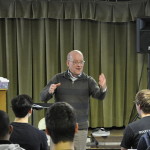 Charles R. Snyder
Charles R. Snyder received his musical training at Capital University in Columbus, Ohio. In 1977, following six years as a public school vocal and instrumental music educator in grades 1-12, and two years as a district executive with the Boy Scouts of America, Mr. Snyder became a staff member at The Presbyterian Church in Coshocton, Ohio. In 1995 he founded The Cardinal Chorale, a 47-voice ensemble of Ohio high school and collegiate singers. For more information, see About the Director

Jennifer Sper
Jennifer is a former middle school and high school choral director, and has been a School Choral Music Specialist with Stanton’s Sheet Music in Columbus for over ten years. She holds a bachelor's degree of music education from Baldwin-Wallace College Conservatory of Music. An active choral singer and accompanist throughout the Central Ohio area, Jen is also the soprano section leader and assistant conductor of the Coshocton Community Choir. In her free time she enjoys good food, running and yoga (to counteract the good food...), and the Muppets. 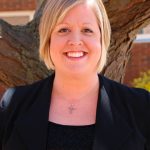 Beth Vaughn
Beth is the director of choral activities at Bowling Green Jr. High & High schools.  She has a bachelor’s degree in music education from Bowling Green State University and a master’s degree in teaching from Marygrove College.  She spent four summers as a counselor – in – training for 4-H Camp Palmer & five years as music director for the Ohio Farm Bureau Summer Conferences.  With both choral & instrumental music in her background, she has also been a trumpet instructor at band camp, and assistant band director at Arcadia High School.

James Vaughn
James is the vocal music teacher at Wauseon Exempted Village Schools, teaching choirs in middle school and high school. He previously taught for 16 years at Van Buren Local Schools. He earned a bachelor’s degree in music with a choral emphasis from Bowling Green State University, studying with R.D Mathey, Dr. Mark Munson, and Christopher Scholl, and a masters degree in education from Marygrove College. James has served as dean of men at the Defiance District, United Methodist Church Summer Institute, numerous roles with the Ohio Choral Directors Association and the Ohio Music Education Association, and currently serves as the Creative Events Chair of the Adjudicated Events Committee of OMEA. 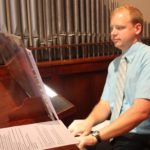 Mark Wagner
Mark Wagner is graduated from Mount Vernon Nazarene University with a degree in music education. He teaches junior high general music and band at River View Junior High School in Warsaw, Ohio. Mr. Wagner is a member of the Coshocton Community Choir and the associate organist at the Presbyterian Church, Coshocton. He is married to Heidi, a history teacher and archery at West Muskingum High School. 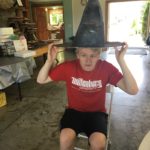 Connor Wheeler
Connor Wheeler is currently studying music at Muskingum University. He has been connected with the Chorale for several years, going on tours and recently becoming a staff member at the annual workshop.

Zachary Wolfe
Zach, a paramedic, works for the Delaware Country Division EMS where he is the station lieutenant. He earned his undergraduate degree in fire science and emergency medicine from Hocking College where he now serves on the adjunct faculty.  Zach has also been on staff for the Ohio Youth Fire and EMS Training. 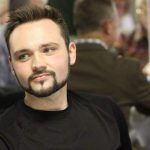 Austin Young
Austin is a student at Muskingum University finishing his final year pursuing degrees in Music Education and Religion. Austin has served as bass section leader for Muskingum's Concert Choir. As a part of Concert Choir, Austin has sung for international audiences in Germany, Prague, England, and Scotland. 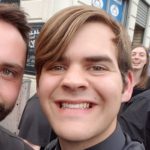 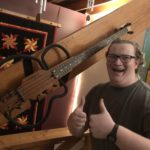 Michael Border
Michael is in his third year at Muskingum University pursuing a degree in Music Education. He has toured with the chorale for 3 years where he sung bass and played electric bass guitar. He has performed with Muskingum Concert Choir, Chamber Singers, Wind Ensemble, And Jazz Band. 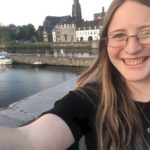 Sarah Holmes
Sarah is a senior at Ohio Wesleyan University studying biology and religion. She was a member of the Cardinal Chorale for three years. Sarah is from Coshocton, Ohio and a former member of the Coshocton Youth Chorale. 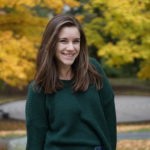 Maggie Myers
Maggie is a junior at Ohio Wesleyan University majoring in fine arts with a concentration in photography. She sings in in the Choral Art Society and Chamber Singers there on campus. Maggie has sung in choirs with director Charles Snyder in Coshocton since she was young and was a member of the Cardinal Chorale for five years.

Apply
Give
Contact
Chorale updates amid the COVID-19 crisisMore Information
+