The Nerdiness of You 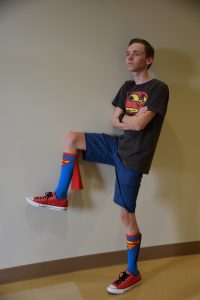 Singers woke up this morning with a great attitude, ready to take on the day. Breakfast with our opera were delightful and a great way to energize for the day. We also had Nerd Shirt day today and singers enjoyed seeing each other’s nerd attire. Clothing ranged anywhere from Harry Potter shirts to Superman socks with their own capes. Seeing each other express ourselves in a way that really brings out our inner “nerd” was super cool.

From there we headed to sectionals for rehearsal. We made a lot of progress on some songs that seemed impossible 5 days ago. And we were able to tweak songs we already knew to make them even better than before. Sectionals lead to a wonderful lunch, and afterwards singers dispersed to our electives. Today’s electives were Music Careers, Leadership, Swing Dancing, and How to Audition. After a very informative hour, we headed to SATB part rehearsals. 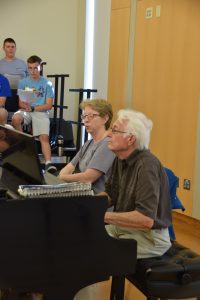 One of the highlights of the day came after part rehearsals, however. Singing with Len Thomas as our director again was AMAZING. He came to work with us on “The Nearness of You.” The next hour with him was hard but rewarding. Hearing his interpretation on the song really brought it to life and helped us shape things to make it even better.

Dinner was an eventful one. Singers sat with people who had the same interests in musicals as they did. Tables ranged anywhere from Shrek and The Lion King to Into the Woods and The Music Man. Towards the end of the meal, a fire alarm started buzzing. When it finally stopped, we sang “Thank You Very Much” to the people who turned it off, which also happened to be in front of a very large band. Hopefully that will bring in some recruits for next year.

The journey back up the hills brought some more rehearsal. Afterwards, we got to take a field trip to Caldwell Hall where we were surprised with square dancing. We saw the Line Dancing class from a few days ago perform the YMCA for us. Then we all joined in and learned some new dances. Although we stumbled a lot and didn’t really know what we were doing the majority of the time, it was fun and everyone was laughing by the end. 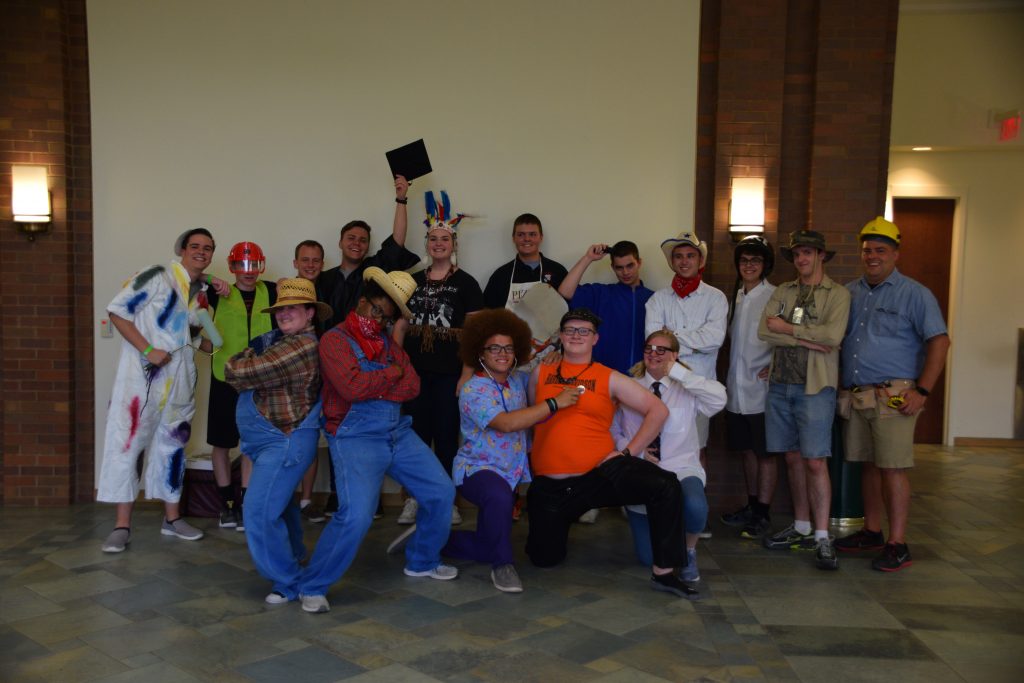 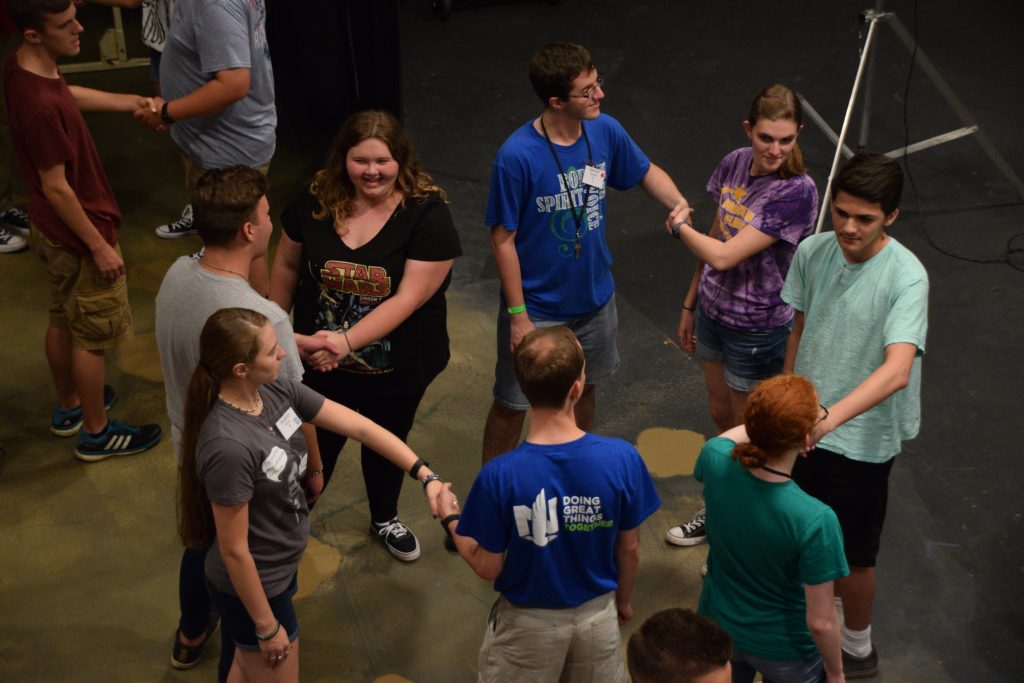 ← On the Fourth Day of Workshop…
Sing to God →